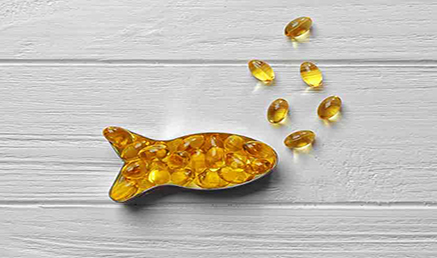 We hear so often that we should eat more fish (rather than meat, for instance). To the point that when we finally manage to include it in our meals we feel this vague and pleasant thrill of achievement. But why is it so? Is it fish really that good for us? Let’s find out the top 10 healthy reasons to eat fish…

First of all, fish is highly nutritious. All kinds of fish contain high-quality proteins, iodine, and a great variety of vitamins and minerals. In particular, fish is the best source of Vitamin D, a fat-soluble vitamin that acts as a steroid hormone in the body and that many people ordinarily lack in their diet.

Another extraordinary nutrient in fish (especially in the fatty types) is Omega-3 fatty acids. As we’ll see in the following sections, this one nutrient is alone responsible for plenty of health benefits: including improvements to heart conditions and brainpower. Ideally, a required intake of Omega-3 should include fish in your diet at least 1 or 2 times a week.

2 It improves your heart health

Yes, the Omega-3 found in fish helps cut down the risk of heart attacks and heart diseases. Not bad, considering that strokes are, generally, the top cause of premature death in First World countries.

You can find many studies confirming this fact. For instance, through the analysis of several case studies, Prof. Dariush Mozaffarian and Prof. Eric Rimm from Harvard School of Public Health discovered that consumption of fish once or twice a week (for a total of 2 grams of Omega-3)lowered the risk of heart attack by 36% and, in general, the risk of death from any cause by 17%.

3 It improves your memory and cognitive skills

According to several studies from the University of Alabama, people following a fish-rich diet (such as a Mediterranean one) are 19% less likely to experience memory problems later in life. In addition, in a 2012 research form PLOS One, it is argued that weekly consumption of Omega-3 fatty acids helps enhance cognitive skills and brainpower. The reason would be that a lack of these nutrients can lower the stores of the neurotransmitter dopamine, which affects positively our working memory (necessary in tasks of problem-solving).

4 It may lower the risk of bowel cancer

Studies from the Loma Linda University of California showed that people following a diet rich in fish and vegetables, but no meat, are 43% less likely to develop bowel cancer. Although the crucial factor in this process could be the absence (or reduction) of meat, it would seem that the ones with the greatest health benefits are the people consuming also fish.

5 It could save your eyesight

Several types of research (for instance a study from the John Hopkins University of Baltimore,) agree on the potential benefits of Omega-3 on eyesight. Apparently, one mere portion of oily fish per week is enough to reduce by 60% the risk of an age-related macular degeneration (a condition in which central retina becomes damaged).

6 It may help you live longer

According to recent studies, eating fish could simply help you live longer, overall. Researchers discovered, from a long-term cohort study, that people with higher blood-level of fatty acids found in fish and fish oil – docosahexaenoic acid (DHA), eicosapentaenoic acid (EPA) and docosapentaenoic acid (DPA) – were 27% less likely to die during the 16 years period study, and that they were living, in general, 2 years longer than other people.

7 It helps your child develop better

A diet rich in Omega-3 is also important during pregnancy, for the development of a fetus’s brain and nervous system, but also later in life for optimal growth of children.  According to a study published in the Lancet in 2007, women that consumed fewer than 3 or 4 servings of seafood per week were more likely to have children with signs of delayed brain development (signs such as low levels of verbal IQ, issues with complex motor skills, social skills and communication). Crucially, the risk of such nutrient loss (coming from little seafood consumption)was deemed by the researchers more dangerous than the potential contaminant exposure of certain types of seafood.

8 It may help you breathe better

Who wouldn’t like to be a little happier? Recent studies from the University of South Australia have found that regular fish consumers (perhaps again due to the benefits of Omega-3 fatty acids) experience higher levels of happiness, lower levels of stress and, overall, are less prone to depression. Unfortunately, surveys from the Mental Health Foundation reveal that people in the UK consume 59% less fish than they used to 60 years ago…

10 It’s delicious! (Especially, if coated with batter and served with chips…)

This may not be strictly one of the healthy reasons, but it surely makes more appealing the whole idea of eating fish for the sake of good health! Delicious and easy to prepare, there are so many fish dishes for you to choose and enjoy at home. However, (since you asked us) we feel that there is no tastier nor more British way to enjoy fish than the old and classic fish & chips! When it comes to fish & chips here at Fishers we strive for excellence. We make sure our fish comes only from traceable, sustainable sources; then we prepare it for you in the traditional way, perfected by over 25 years of experience… So, if you are nearby London, do yourself a healthy favour and come try our Authentic Fish and Chips Now you know: you have at least 10 reasons!